​​“This show was the living, breathing, twirling, sparkling embodiment of entertainment... Gossamer Thread bring the art of cabaret and variety show back with a vengeance from 1816 to 2016. 10/10”
-Outline Online –
Since 2013, Daisy Black has produced a range of acclaimed sell-out Gossamer Thread variety shows throughout East Anglia, in venues including a Big Top and a restored Music Hall, appearing regularly at the NORWICH ARTS CENTRE and the NORWICH PLAYHOUSE.

The shows feature an international array of the best variety and circus artists in the business, and have included MISSY FATALE, LILI LA SCALA, KIKI LOVECHILD, VELMA VON BON BON and international star taking America by storm, THE BOY WITH TAPE ON HIS FACE.

Daisy can provide a well-produced, efficiently managed and fully-formed cabaret and variety show featuring a high-end selection of the very best circus, music, comedy and burlesque acts curated to suit your event.

As well as the regular show - GOSSAMER THREAD'S CURIOUS CABARET - other themed events have included:

Roll up, roll up to this sawdust-scented vaudeville spectacle! The ringmaster’s been at the vodka, the automatons have come to life and the conjoined twins have fallen out… what could possibly go wrong???

Tumble down the rabbit hole for a night of Wonderland inspired cabaret, hosted by the inimitable Queen of Hearts, Lili La Scala…

“There are few people who have not yet been exposed to some sort of cabaret act in recent years, so much so that the scene is in danger of becoming tired, or worse yet, boring. This evening’s entertainment brought new hope. … The finale brought goosebumps and wide eyes from all watching and was a fabulous end to an amazing evening.”
--Outline Online Magazine--

"My hands are still sore from clapping! Just when you thought each performer had peaked, they took it up another level, quite simply the best show in town."
— Mark Gracey, Future Radio --


"The show held a wildly enthusiastic audience raptly entertained throughout [...] top class creative, inventive entertainment, the show had everything one could wish for. Highly recommended."
​-- Richard Shashamane--
​ 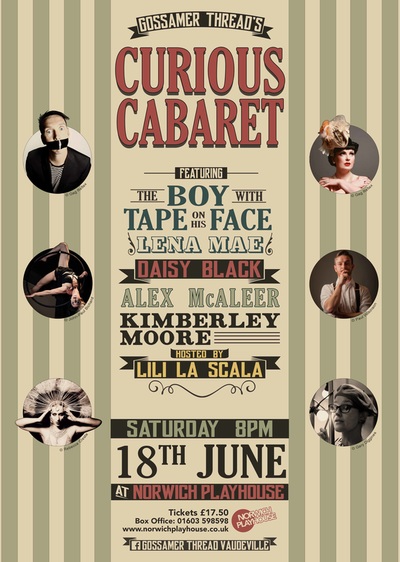 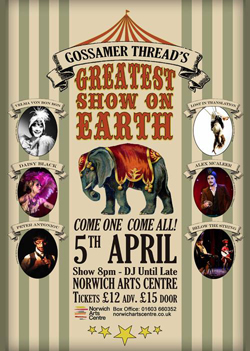 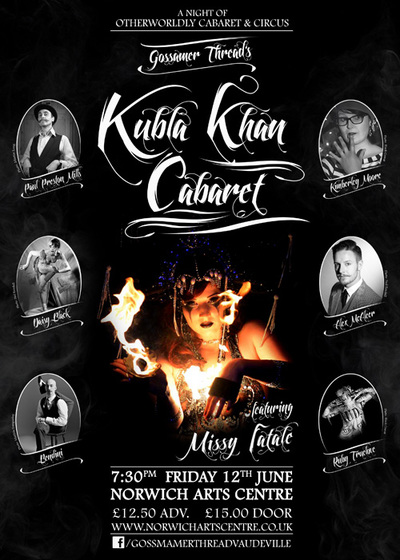 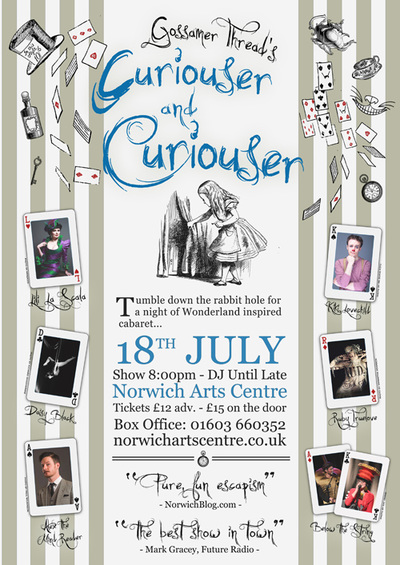 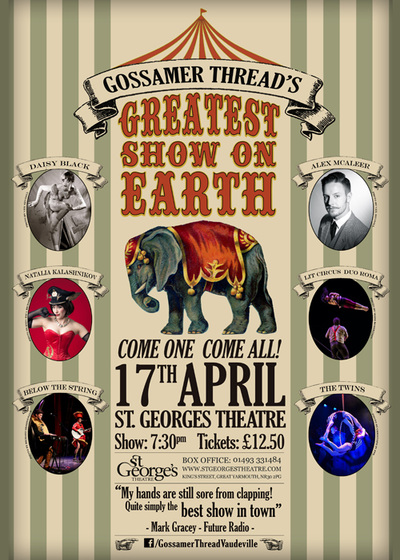 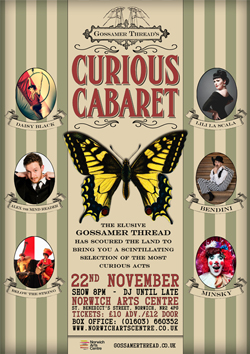 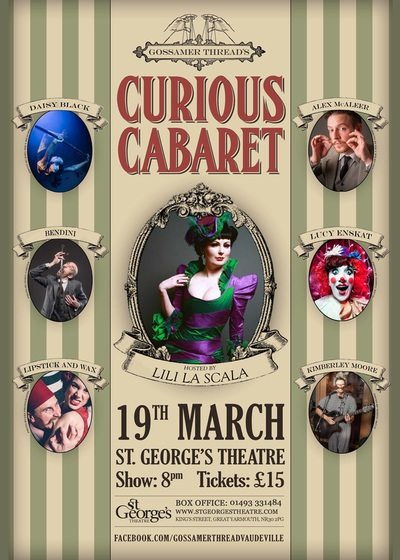 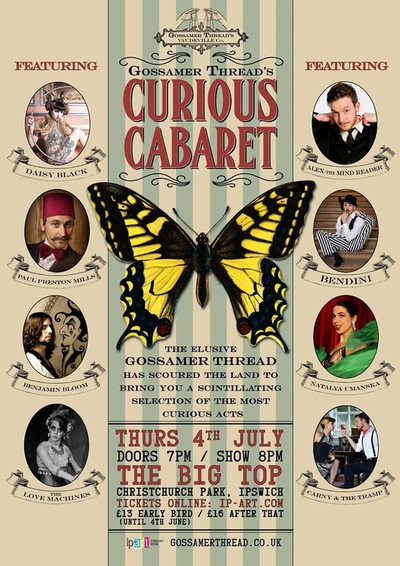 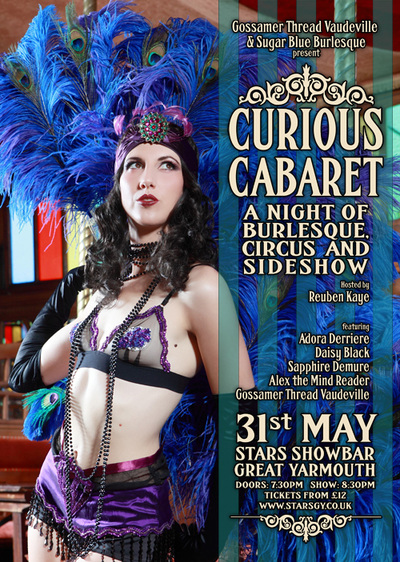